Home
How To
[UPDATED] Tatkal Passport: Story Of Annexure F (Now Annexure B)

Of the documents needed for getting a passport made under Tatkal Scheme in India, there is one called ‘verification certificate’. It is referred to as Annexure F (now Annexure B). Rightly named so. You will soon see why.

For the uninitiated, this is a document that is needed compulsorily, and can only be signed by the bureaucratic elites of the system, who, I am sure fart glitter and poop rainbows. Or ride a unicorn to work, because looks like I know no one who would do the needful for me.

To be specific, these are the people who can sign your verification certificate, according to the website. 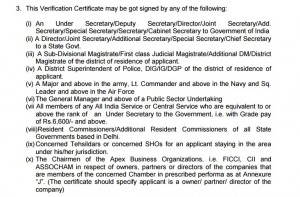 And this is the reason  ↓  why no one will sign it (unless, of course they are your parents/parents-in-law, or looking to retire in jail). [This innocent looking terminology ‘incorrect verification’, apparently, has layers of meaning in the Indian red-tapeism.]

As the protocol states it, the said document needs to be printed on the official letter-head of the person issuing it for you. Most of the people will entertain the request till this point. However, the catch lies in the second bit, which is: the document has to be accompanied with a photocopy of the person’s official identity card (grocery card in case of defense-officials), which is when the ‘F’ bit in the nomenclature of the annexure will come into play, and you will be asked to f***-off. I reckon that the idea behind it is, that someone worth their weight in gold in the Indian bureaucratic system should vouch for me. Understandably so, for, what if while ambling around in the streets of Switzerland, I suddenly get tempted to rob a bank? Or say, while flying to Europe with Cathay Pacific, suppose I hijack the aircraft to my own back-yard? What if my so called ’emergency’ is a quick meeting with Al-qaeda chief, at his underground base?

Here is what is likely to happen when you step out looking for someone who can issue the certificate for you (not applicable in case your parents/parents-in-law hold any of the aforementioned positions): 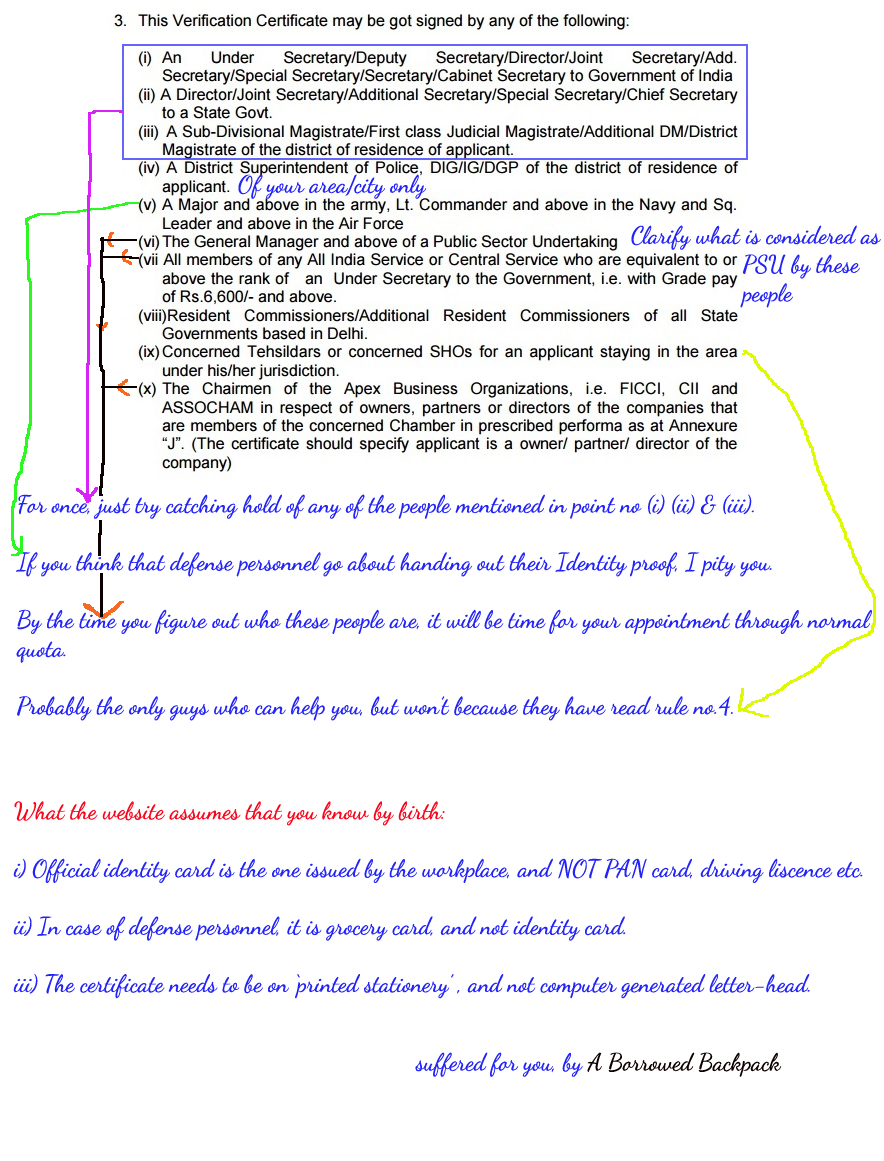 Would I sign the documents had I the authority to do so?
No. Nor do I think that anyone in their right mind would and should, because the stakes are high.

Then what am I wanting to say through this article?
That, what good is a rule that services a mere handful of the people of a nation that has 1.3 billion population? Emergencies do not crop-up (the reason why ‘tatkal’ scheme was started in the first place) after assessing the bureaucratic elitism of a human being. This definitely needs fine-tuning and a practical approach.

Traveller-tip:  Apply for appointment only after you have your documents ready.

If you are stuck without a passport, try travelling to Bhutan in the meanwhile?

This update has come from Archie, who is a reader of the blog.
Is Annexure F needed for renewal of passport?
My passport expired 5 months ago, I applied for a Tatkal one. I read that dreaded statement on the final receipt, somewhere at the bottom, that Form-F is needed.
Upon my visit, the first counter did ask if I have one, when I said no, the application was given to a “Granting Officer” who put a stamp. So, though I did get through without a Form-F but as the lady did ask so I am still not sure if they made an exception for me and it is up to the discretion of the officer OR as a process for renewal one doesn’t need.

After understanding how painful-to-acquire this document is, the government has finally heard us out and made a very valid change in Annexure F. True-blue bureaucratic-style, it has changed its name from Annexure F to Annexure B, that’s it. The process stays the same.

Hopefully. So, after four years of ducking the bullet, we are finally seeing some change. The verification certificate, which also known as the Annexure F, or Annexure B, is no longer needed to get one’s Tatkal Passport made.

No, you do not need Annexure F or Annexure B to get your Tatkal Passport made.

Here are some of the queries that I am asked repeatedly, so I am answering those to clear all misconceptions about Annexure F/B:

Do I need Annexure F for damaged passport?
– No.

Do I need Annexure B for lost passport?
– No.

Is Annexure F/B, or Verification Certificate mandatory for Tatkal passport?
– No.

What Do I Need For Annexure B?
The Summary
Apply for passport through normal channel.
Yay!
Must be helping someone; I have no clue who.
Nay!
Very poor method of filtering out applicants
Too many pain-points; read the comments on the post.
Pain-o-meter
Facebook Twitter Google+ pinterest
How To Tips & Tricks
31 Points