Home
Arm-Chair Travelling
Why Is Paro Airport (Bhutan) One Of The Toughest To Land On?

One morning I found Kavya, my fellow-traveller in Thimphu, and our hostess Sania, discussing the famed Paro airport and the perils that surround it. Kavya was narrating her experience as she had flown to Bhutan, while I had gone overlands. If you do not already know, Paro airport is one of the toughest airports to land on, in the world, as stated by Boeing. It is the only commercial airport in the Royal Kingdom of Bhutan, and has only eight pilots certified to land the aircraft. 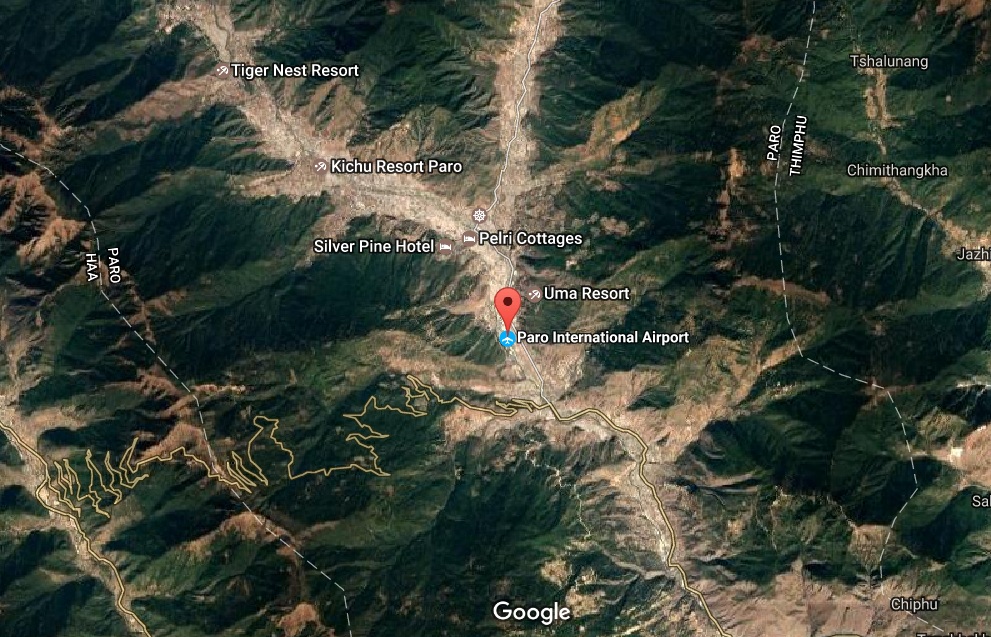 Satellite view of Paro airport; make note of the fact how it is surrounded by gigantic mountains, with a runway strip which is only 1.9 kilometers long.

Sania and Kavya’s discussion intrigued me enough to learn more about Paro Airport. I dug deeper once I was back from the trip.

Is Paro Airport Dangerous For The Pilot?

Yes, it is.
Paro is a valley-town in the Himalayas; hills surround it from all sides. This also means that the airport is operational only during the day-time, because of the Visual Flight Rules (as opposed to Instrument Flight Rules).

Why Is Paro Airport Considered To Be Dangerous?

To put things perspective, visual flight rules call for the pilots to use their own judgement to maneuver the aircraft while landing and taking off . This decision is taken based on their knowledge of the terrain and landmarks in the valley. They also factor in, the quality of visibility (and NOT because a gadget conveys some information), as the weather needs to be absolutely clear for a safe flight and landing. 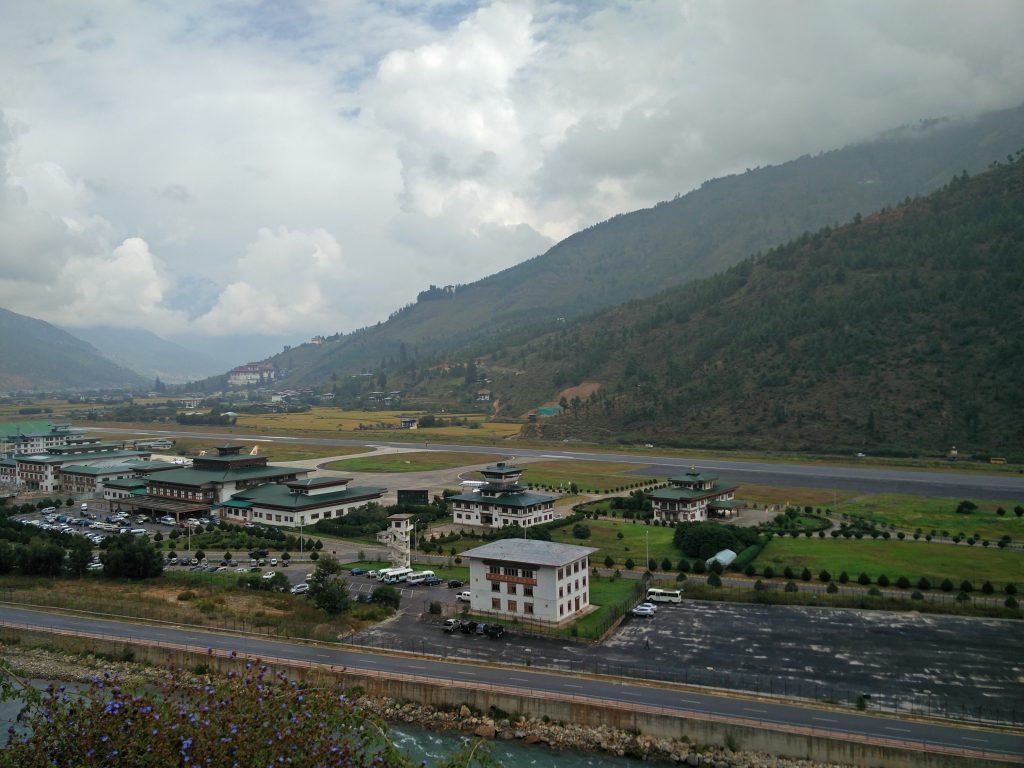 While landing, the pilots hand-fly the plane with their local knowledge, navigating it mindful of the electric poles, roofs of the homes, trees, hill-sides etc. It is almost like the aircraft is being flown in the alleys.
Later, Sania told us that there are times when it feels that the plane might crash into one of the hills-sides, or trees. Understandably so, because it flies right next to it, aiming to touch the 1.9 kms runway with enough run-distance on the ground. Not only that, she also explained us how one doesn’t see the runway right until one final steer before the touch-down, even though the plane keeps descending sharply.

Paro airport has a dedicated viewing point for people who are interested in viewing the landings and take-offs. However, the flip side of that spot is that the view does not give a clear line of sight to view the navigation that takes place just BEFORE the plane hits the runway. For a viewer, the aircraft just materializes on the runway, and that is when you get to see it. According to my driver, it is by design, and is done for the safety purpose.
It is something like this:

How to book a flight to Bhutan?

If this is the question that landed you here, please refrain from scouring various flight-aggregation sites; Druk Airways is the way to go. A few days ago, a harried reader wrote to me asking if other airlines fly to Paro. Only Druk airways flies from Siliguri, Kolkata, Delhi, Gaya, Guwahati and Mumbai in India. Apart from India, the airline also services Bangkok (Thailand), Dhaka (Bangladesh), Kathmandu (Nepal) and Singapore. The other airline that flies is Bhutan Airlines.

Is the flight unsafe?
No. Simply because you are in good hands. Inspite of the dangerous terrain, this Himalayan airport has never seen an air-crash (touch-wood!)! From the perspective of a pilot, this is a difficult airport, but for a passenger, it is absolutely safe.

If you intend to visit the viewing point at Paro airport, please make sure you know the ETA for the incoming flights. You can check it from the website, or do like I did- make a note of the time by observing for a couple of days if you have luxury of time. I got to view two landings at an interval of twenty minutes. The drive to the viewing point takes about fifteen minutes (by car) from the town.

Be careful about shooting the landing or the take-off; the area around the airport is heavily guarded.

Tiger’s Nest Trek: All You Need To Know

Read This If You Are Solo Indian Traveller To Bhutan

Paro Airport
Very safe
Despite being one of the toughest airports to land at, there has not been a single mishap here.
Wow!
Heaps of adventure
Safe!
Now, now...
If you are a heart-patient with a fear of flying, you need to be careful.
Safety-meter
Facebook Twitter Google+ pinterest
Arm-Chair Travelling Bhutan Himalayas
44 Points